Gateways to the City 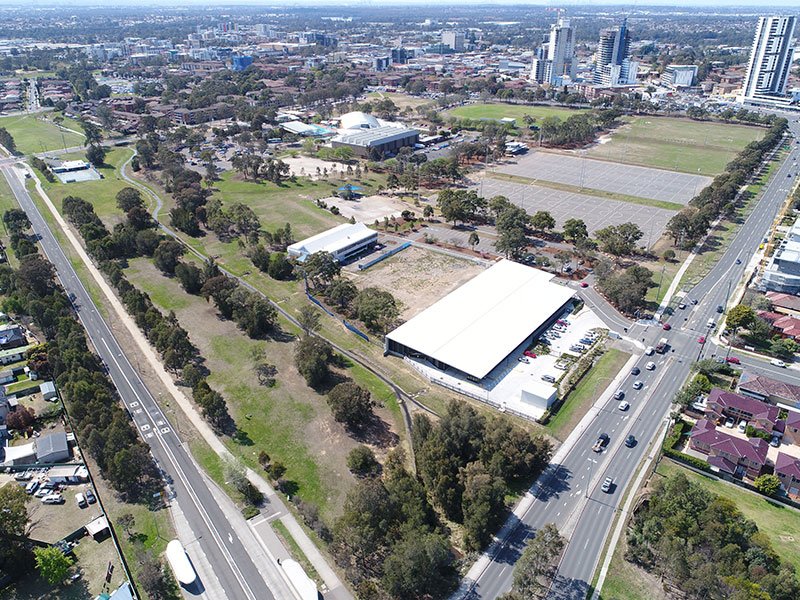 Liverpool LGA is preparing for wide-scale growth and a changing community through a number of strategic projects currently underway or planned within the council area. These projects include infrastructure, community-based and public space upgrades seeking to improve the amenity of the LGA for current residents, future residents, and visitors alike.

Alongside major NSW State Government infrastructure projects (Western Sydney Airport and the Moorebank Intermodal terminal) key roads are being upgraded and extended along strategic routes. The upgrade of FifteenthAvenue will facilitate a more efficient connection – as well as a major transit opportunity along the Rapid Transit Corridor- between Liverpool CBD and the WSA.

Four strategic land release areas in Leppington, Austral, Middleton Grange and Edmonson Park have been strategically positioned to accommodate for future population growth. To support population growth in these centres, and others across the LGA, 6 community hubs have been proposed which include civic, retail and community use for current and future residents.

The entrances to Liverpool City Centre are being improved through the ‘Gateways to the City’ project, aiming to improve Liverpool’s destination appeal, alongside improved connections with Liverpool’s largest natural asset, the Georges River. The City Commercial Core Masterplan and Health, Research and Education Innovation Precinct are designed to establish Liverpool CBD as a robust and liveable economic centre based around a strong knowledge and health industry. 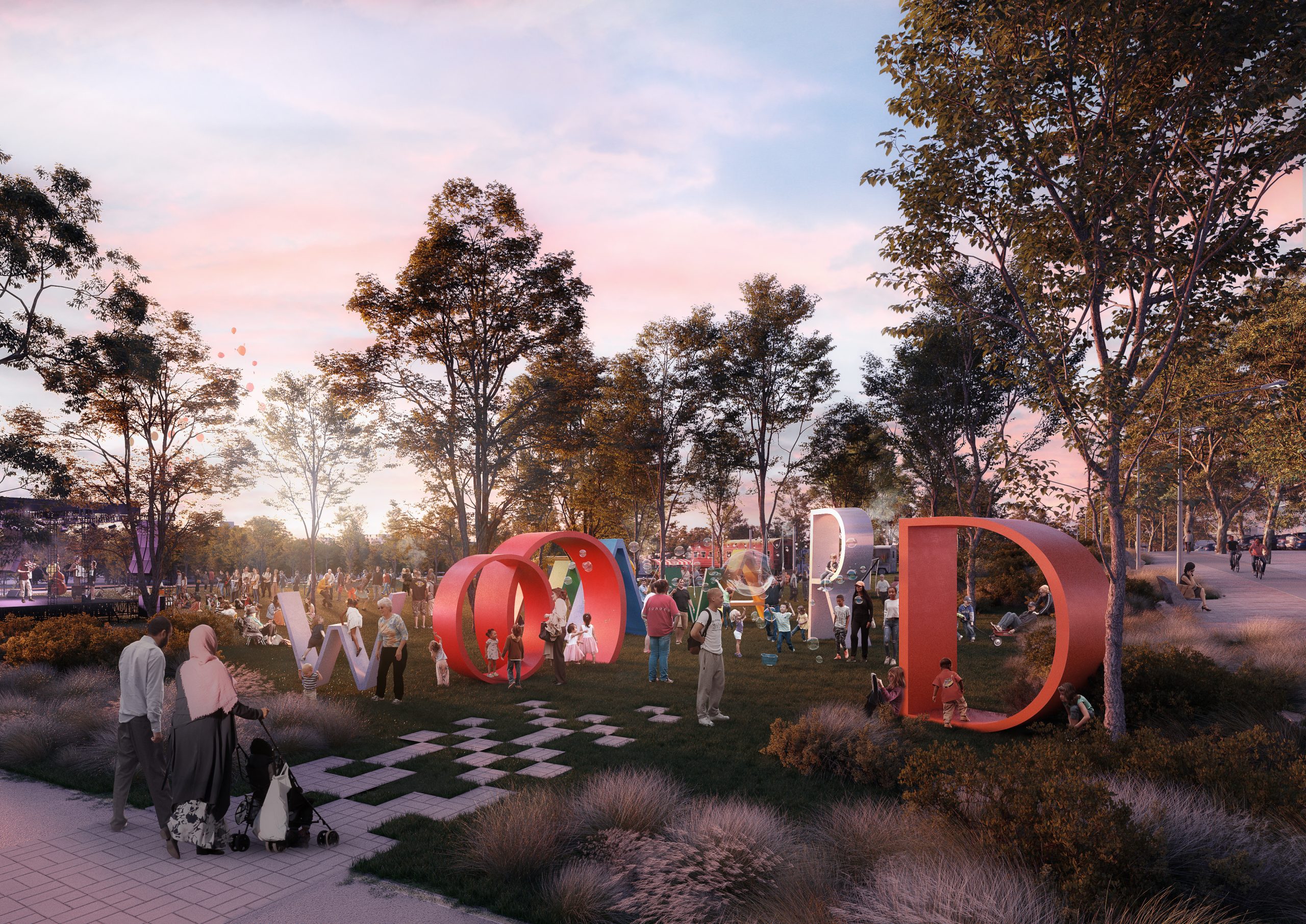 Liverpool CBD is home to Australia’s largest stand-alone hospital, Liverpool Hospital, which employs 4500 staff and services approximately 82,500 patients annually. The SouthWestern Sydney Private Hospital is also a major attractor for the CBD, with an approximate patient turnover of 11,200per year.

The CBD is home to five tertiary education centres which, in conjunction with the two major hospitals, the InghamResearch Institute, form a new Health, Research and Education Innovation Precinct in the CBD.

Westfield Liverpool is a major retail attractor which serves the main trade area of approximately 635,00 customers, who spent approximately $3.8 billion at the centre in 2017. While the CBD is supported by a number of educational institutions, there are few secular cultural landmarks within the CBD. The Casula Powerhouse Arts Centre, located3.6km from Liverpool Station, is the major cultural attraction in the Liverpool LGA. The CBD is bordered by residential areas which are expected to experience strong growth over the next twenty years, with high-density buildings predicted to service the commercial centre

The residential areas within Liverpool City Centre are zoned as high-density capacity, and residential developments are already beginning to increase in height and capacity around the CBD. The increased residential population will lead to further demands on City Centre facilities such as public spaces, parking and local amenities.

In July 2018 there were 40 development applications in either submitted or pre-lodgement status around the CBD, with 33 located within 800m walking distance from Woodward Park. This development area is anticipated to include over 4000 new units in medium to high-density environments. Over half of these developments, with a total of 2,036 units, are planned for the region within 400m of Woodward Park.

Liverpool is characterised by a busy road network, with the city located at the meeting point of major road networks connecting South Western Sydney to key centres in Sydney and regional destinations along the Hume Highway. Within the CBD, the centre is well serviced by bus and train services.

Woodward Park is bounded by major arterial roads including the Hume Highway, Memorial Avenue and Hoxton Park Road and lies near the major interchange between the A28 and the A34. The site is directly linked by these road networks to the Sydney CBD, Heathcote, Punchbowl, Campbelltown, Parramatta, Eastern Creek and the ACT.

The site is directly linked by these road networks to the Sydney CBD, Heathcote, Punchbowl, Campbelltown, Parramatta, Eastern Creek and the ACT.Liverpool CBD is served by both Liverpool Station and Warwick FarmStation, which are each serviced by three train lines:

The closest train station to Woodward Park is Liverpool Station, located beside the Georges River and at an 800m walking distance from the north-east entrance to the park. Liverpool Station is co-located with the Liverpool Bus Interchange, a key local centre for transit connection.

The CBD is also serviced by the Liverpool to Parramatta Transitway which runs past Woodward Park on its western side.The Liverpool Bus Interchange is located adjacent to Liverpool Station on the eastern side of the city centre. The interchange is serviced by all three bus operators and has a single access point off Moore Street.

Parking provision in Liverpool CBD includes 16 formal parking stations and on-street parking throughout the centre. The 2017 report A Transport Strategy for Liverpool City Centre identifies that on-street and off-street parking areas within the CBDare currently at capacity, with a total of 2,450 on-street spaces experiencing an occupancy rate of 86% during peak parking periods and high demand for the 6,260 off-street parking spaces across the CBD. The City’s parking strategy aims to reduce congestion and promotes the location of parking outside the periphery of the CBD.

Existing cycling rates in and around Liverpool are relatively low in comparison to other modes of transport. The Draft Liverpool Bike Plan (2017) cites figures from the Bureau of Transport Statistics, which estimates that of all daily trips undertaken in Liverpool, bicycle trips only account for 0.5-1%, or between 3,500 and 7,000 total journeys.

Watch this introduction video for Liverpool Now and when finished you can explore each of the Interactive Maps to see the LGA. context, City Attractions, City Growth, Open Space areas and the connections in and around the City.

How to navigate on your device

Watch this quick how-to video to make the most of your experience using the interactive maps and learning about the Woodward Place Masterplan.